Part 3/ the weed which was not realized/ itinerary

Part 3/ the weed which was not realized/ itinerary

Paolo Coleho says: “in life we have only the chance to meet a few great spirits” and I was so lucky to become familiar with a spirit in this trip who had the same name as mine; “AbdorahimHayet”. Actually since I read Gandi’s book and realized that his ancestors were grocers and had grocery stores just like my ancestors and because of this his title was Gandi, just like mine which is Baghal. Gandi in Indian means “Grocer”, knowing this improved my self-confidence and after becoming familiar with Abdorahim it improved much more and to prevent its overflow I remembered one of my father’s friends whom asked my name with an archly smile on his face when I was a child and replied that all the Rahims had been a unsuccessful people and I had believed … I had believed… we must tell better lies to our children…

I think I had believed it until recently.Since I found a lot of people whose names were Rahim and were considered successful people and then I had rowed them and rebuilt the ruins of my self-confidence.

Who was this Mr. Abdorahim?

We were in AkramBoorazan’s car and it was drizzling. Masoud, one of the students was with us to help me. I had a busy day the day before and was trying without talkingtoAkramBoorzan,stare at the stubborn drops which were hanging from the car window… my ears suddenly heard this wonderful music I had never heard before:

“Has it been for a long time?” I asked

“no, no” she replied

“what’s your name?” I asked

“From separation” she replied

" are you astonished” I asked

“No, no” she replied

. and I asked quickly:” AkramHooja (Hooja means master. Like the word master we use in an incalculable way for our friends on Facebook.)who’s this?”

“He is Abdorahim” he replied.

“Is he from Kyrgyzstan?” I asked.

“No, he is from the Turkish part of China, he is Oyghur” he replied.

My heart stopped for a moment.

I had reached one of my wishes. I had searched a lot for a passionate music the recent months. There was nothing that could refresh my feeling even the DVDs for which I had paid 35 thousand toman and that much Mogham.

Akram explained that he had watched a short clip of him on YouTube and there was nothing else. Inevitably he had gone to China to find him and had found him and videotaped him.

Akram had finished Drama University thirty years before and had moved to Skishahr recently. Before that he was in Istanbul.

And then I fell in love with Abdorahim’s voice…

They didn’t understand his Turkish; since his Turkish was closer to our Turkish I translated it for them… right now I am listening to it. It was all a burning desire, richer than pomegranates and closer than sea…there was such a passion in his voice that I thought if I listen to it more, my heart would stop beating… therefore in order not to become sick, despite my temptation I didn’t listen to it because I had a record today.

This evening I had a speech for students in Cartoon club. I talked about Abdorahim and green weeds and these memories… they realized what I said very well.

The difference is that without pre announcement while you are memorizing students’ names and searching the meanings of some of the names or writing them on tissues, suddenly it is announced that: ready…One, two three.

And then a hand goes down beside a camera which means that you should start and talk non-stoppable and without hesitation for 20 minutes.

Hello dear audiences, welcome to cartoon lesson program, we have selected a subject for this course… fish…

And then in one of the programs I asked the students, who were mostly animation students and rarely fine art students, to draw a fish.

Then I asked them to cut and remove it.

Then I glued it on a separate piece of paperboard.

While looking with peek, I understood that they only had one piece of paperboard. I assumed that I must stop the program for the first time to ask for paperboard, but if I did this I would start a bad habit. So I asked them to draw a smaller fish in the corner of the paperboard, then I excused that it was big so they must cut the intact part properly and glue it on it.

But it was not the end, I suddenly understood that the group of the students had changed and this group neither had color nor brush and tools, but I did not care again. Anyhow nobody had sensed and I was the main accused.

Fortunately the cubes of color could be separated from watercolor and I had different sizes of brush. Without mentioning that and while I was talking unstoppably I gave them to the students and managed to finish the programanyway.

When the director and other agents entered the studio I explained what had happened in tantrum and angrily, but surprisingly nobody had noticed.

After recording four episodes one after the other, we went to the conference hall quickly. After live music and pantomime about volunteer tasks we enteredthe lecture hall. The first lecturer was Rozental who was sitting on the right side of me. The hall was crowded. It was the first time in a foreign country that such a crowd had gathered for the cartoon program. In the back parts, a lot of people were standing.

Rozental talked about volunteer tasks in a way that everybody was laughing out loud constantly.

I wish I was not the next lecturer because for lecturing after lecturers like Rozental you must be so proficient to attract the crowd.

“Hello. I put the text I had written in my pocket and change my mind after seeing such a crowd.“

My speech had simplistic content about how the volunteer tasks were useful just like brushing tooth at night; it was because I had underestimated the conference.

Then I started to tell stories. After telling the first short story when I saw the audiences’ faces I dared to tell two more stories and finished…

Against Rozental’s good lecture, my weapon was not making them laugh, instead of that I made them think and it was the right choice.

The next lecturer said that after these two lecturers, whatever I say would be boring because I am a philosophy professor…

Then the timid and modest Taan Oral spoke who said that he had lots of Iranian friends, then the Spanish cartoonist spoke.All the lecturers were successful in someway and the crowd heard short refreshing speeches and various talks and they were satisfied.

OmidDinchay showed a photograph in which an old man had hanged a manuscript fabric in the street after earthquake which said he would repair earthquake victims’ shoes for free.

The dinner was served in stone restaurant with all the guests and I remebmerdBoyana with Rose who played here in the time of the decedent Professor Ozer and I became a little upset.

This morning we first went to the live radio interview. The duration of the program was one hour. In one part the interviewer asked me to confess… and I had a long honest confess about how much I loved my mother and the interviewers’ eyes became wet… she asked me my mother’s name, then shouted my mother’s name in the microphone and said we love you too, then said that the whole world heard what she said…

Then asked me about happiness? “When I look back” I said “playing with my daughter, Rose, has formed the happiest moments of my life.

Actually speaking some adults make me sad with their inexorability.

They asked me different questions and gave me a CD of the interview when I was leaving the studio.

In today’s TV interview there were also two Tabrizi master students, interestingly one of them’s namewas Amene, but the other one was Khorram. And I thought how much she must have been called “KhorramSoltan” as a joke.

Saadetin, such a nice person who is optimistic to every events and adds “nakhosh” meaning “how well” to the beginning of every sentence said “the hidden hero of these programs is great.” And whenever I rode in his car, I forgot to fasten my seat belt, and every time after the repeated alarms of the car he modestly offered me to fasten seat belt and every time he was ashamed.

We finished all the ten programs today. They gave a disc and lots of presents from Boorsa’s books to handmade chocolate and local bread and love and friendship and respectful behaviors in yesterday’s opening ceremony.

But did Abdorahimknow that in this part of the world somebody was worried for the green weeds of his city? The weed the beauty of which was not realized and how much weeds have wasted while their beauty was not understood?

And were weeds greener in China? Were their dogs calm? Were their tears hanging from the car windows stubbornly?

With the program agents 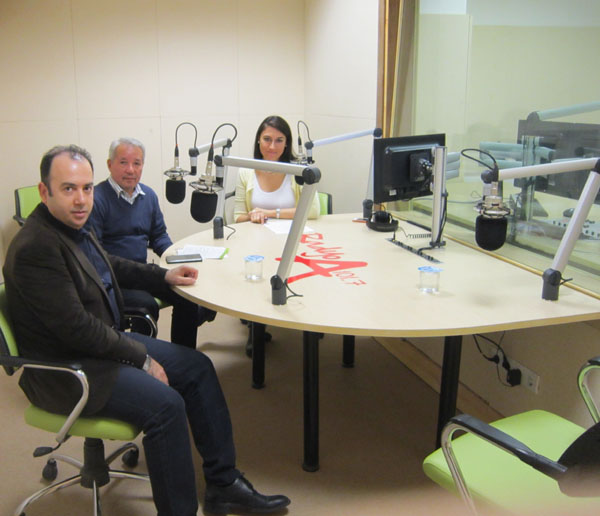 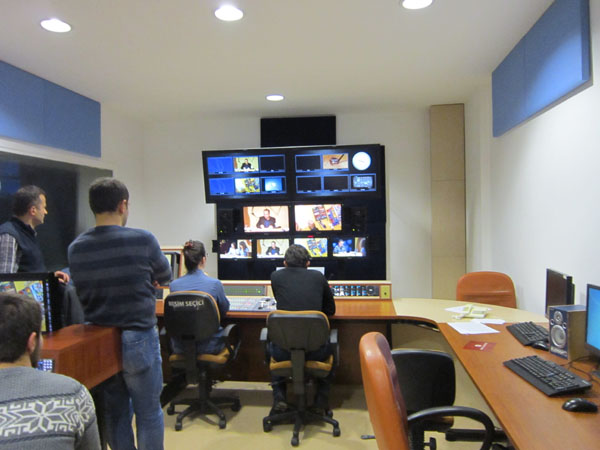 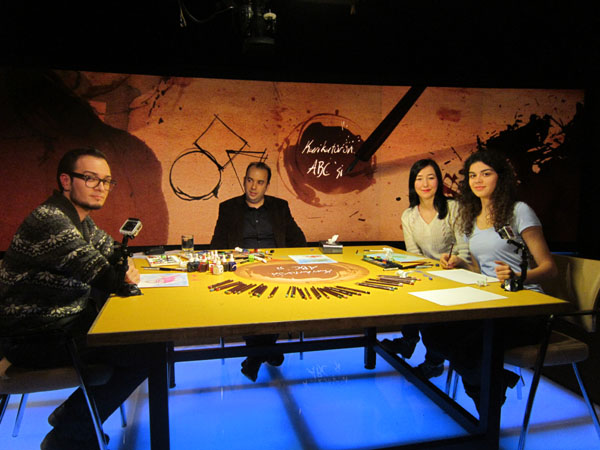 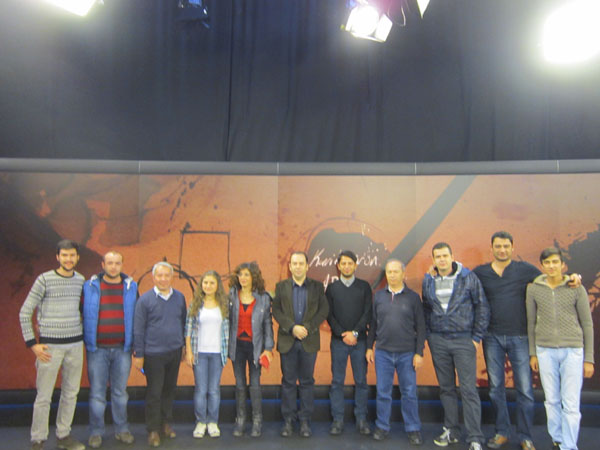