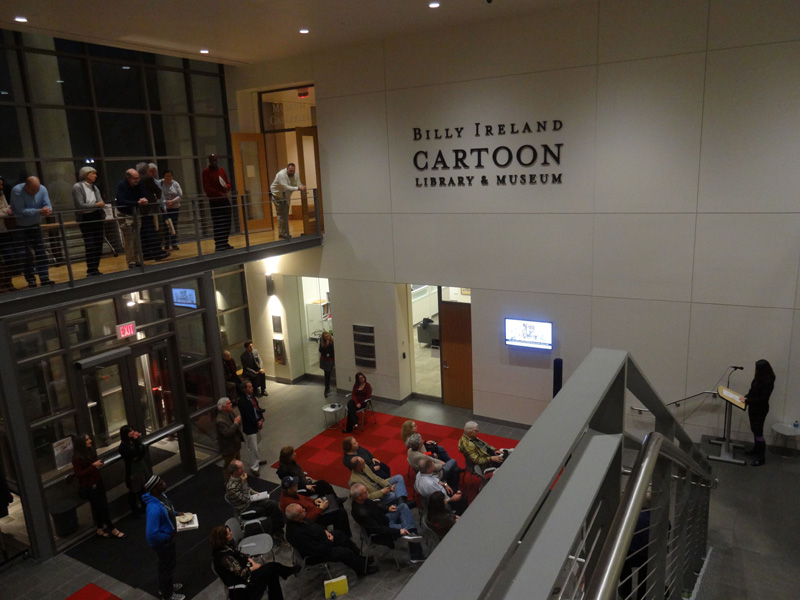 A large crowd gathered for the special Curator's Tour

of the exhibit with guest curator, Brian Walker

in a panel discussion entitled "The Road To King."

The large photo projected on the screen is