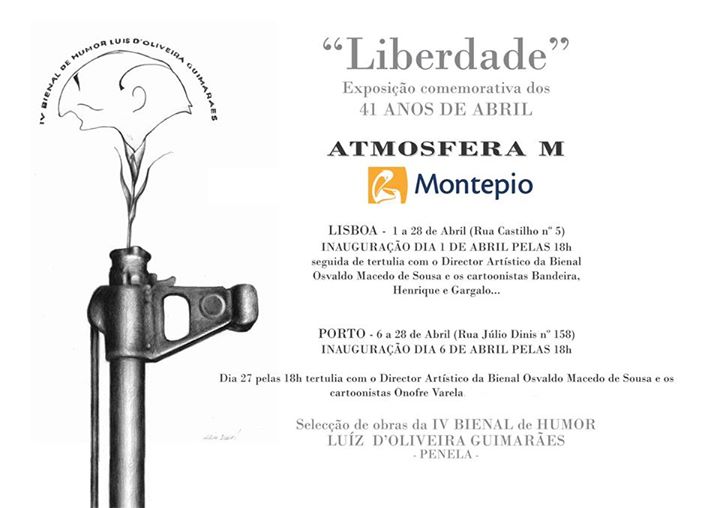 To celebrate an April selection of proposals submitted to the Fourth Biennial of Humor Luiz d'Oliveira Guimarães - Penela 2014 with the Freedom theme will be exposed in the atmosphere M (Montepio- Rua Castilho # 5 - On the National Society of Fine Arts / Cinematheque Lisbon ).
This show was to be held in Parliament but, after accepting the proposal budge. First they wanted to make a selection of the drawings. It was CENSORSHIP just a matter of being a house with many susceptibilities. Then after all it was not a matter of censorship but for logistical issues, that is logistically Freedom humorous, Freedom of Expression seems to have logistics space in the corridors (called lost Steps - when it should call lost policies) full of "political correctness games ".
So anyone wishing to visit or participate in a small get-together on the cartoonismo and Freedom may appear on the 1st through 18h in the Atmosphere M which will be present at least cartoonists Flag, Henry and Vasco bottleneck.
A Humorgrafe Production