/About 7Month Ago Quino, Argentine Cartoonist, Receives Spain's' Prince Of Asturias Award For Communication And Humanities' For Comic Maflda 2014 ' 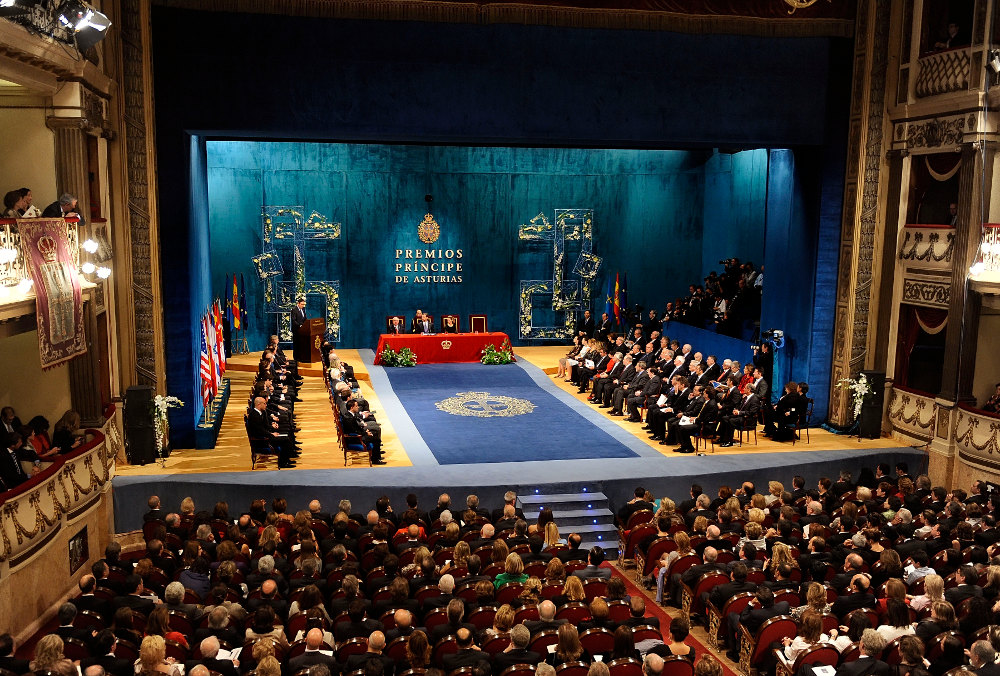 Joaquín Salvador Lavado, "Quino" is the first cartoonist to receive a Prince of Asturias Award in the Communications and Humanities category. Quino is the father of Mafalda, born from his pen fifty years ago. Quino has glaucoma and so he can not continue to draw. Nevertheless, questions and reflections about the young Mafalda have lost none of their striking simplicity.

Francisco Fuentes, euronews: "Welcome, thanks for joining us."

Euronews "What is the significance of the Prince of Asturias Award for you, what are your thoughts on being awarded it?"

Quino: Asturias Award for Communication laureate: "I am very happy because it is a prize for which I have always had great respect. It has always been awarded to people whose work I love greatly and for whom I have great respect.

"euronews: "You are the first comic cartoonist to win the award."

euronews: "Do you think generally cartoonists in the world who are working in the humorous genre are recognised enough?"

Quino: "I think so. I think since Umberto Eco conferred a certain category in this kind of comic literature, things are improving a lot for us.

"euronews: "How do you see the future of comic cartoons?"

Quino: "We are gong through a technological transition and for now do not know where it will lead. It's like the e-book. At the beginning there was the fear that this technology would signal the end for paper but that has not happened. So it is difficult to predict the future.

"euronews: "Would you have used iPad, tablets, twitter in your drawings today?"

Quino: "At the beginning of this new era, I began to amuse myself by drawing with all this new technology, using these terms, most of them in English, and that people use without really knowing what they want say. I think technology will change human relationships. They have already changed quite a lot, but with what is a rather odd handicap: people are linked to thousands of others, but they do not have friends with whom to have a conversation. It is very curious.

"euronews: "Let's talk a little about Mafalda which is one of the reasons for which we are here in Asturias. She just turned 50 and for several months an exhibition toured the world. Your humorous vignettes, your thoughts are very important. When you started drawing Mafalda did you imagine it would be like this?

"Quino: "No. I was not expecting anything. I started publishing this character with little thought as to who she was. I had not worked enough before publishing, but at some point I reflected on the question of how to give the character continuity. So I thought it was a good idea for Mafalda to ask her parents questions which they could not answer like: "Why is there war? Why are people poor? Why do we destroy the world? I found it was a good way to generate interest in Mafalda.

"euronews: "Why does the character Mafalda not age, time does not affect her? She has not aged a day, she has transcended time to become eternal.

"Quino: "No. I think the day when readers will rightly realise that in my drawings there is no new technology - which for me is a big unknown - then that is when this character will not be of our time and interest will be lost in her.

"euronews: "Since Mafalda is still valid, it seems that the world has changed very little in the past 50 years.

" Quino: "Very little. And it is a great deception on human behavior because it has meant that we continue to make the same mistakes and we have not progressed except in technology.

"euronews: "Why is the world always in this state?"

Quino: "I think because the economic interests took the place of ideology and political interests. Today there is no ideology and that is very odd for a generation like mine, the generation of 68 and whose motto was power to the imagination. All this was so beautiful and now there is nothing left.

"euronews: "One of the images that we still see as a headline for Mafalda is that she does not like soup. I read that you used the soup as a metaphor of the Argentine dictatorship. What were the experiences of you and your family there who were forced into exile in Italy? ".

Quino: "Well, we lived there like all our compatriots, very badly. Having to leave your country is very scary, you lose contact with your friends, family and people you love. Today the world is full of migration so there is no need to explain the significance of what that means.

"euronews: "How do you see the recent evolution of South America?"

Quino: "I watch but I can not seem to understand what is happening. Until five years ago I watched with a greater peace of mind. Today I am very curious to know what will happen in the future.

Quino: "Europe intrigues me as much as Latin America."

euronews: "We should not forget of course you go between Buenos Aires and Madrid and this makes you a privileged spectator.

" Quino: "Europe, which was a cultural beacon for Latin American, is currently in a stage where we do not know if the European Union is finished, or if it will integrate more or disintegrate completely. There are countries who seek independence which I find very serious, countries no, I mean regions. Because I believe that in this time of uncertainty we must unite rather than separate.

"Quino: "Mafalda's soup, today some of it would be the rise of terrorist groups that the West does not know how to handle because the West has never prepared enough to know other cultures well enough, how to treat them and how act in relation to them.

"euronews: "How do you see the world Quino?"

Quino: "I read the Bible frequently to look for ideas for my cartoons though I'm not religious and I never read with a religious spirit. I think not only have countries committed the same mistakes in the last two centuries, but that human beings have a tendency to wreck what is working well.

"euronews: "What do you believe in?

" Quino: "In the human mind, even if there are periods in which humanity takes retrograde steps such as during Nazism and fascism. Sometimes it succeeds with good things but then after it has the capacity to spoil everything. " 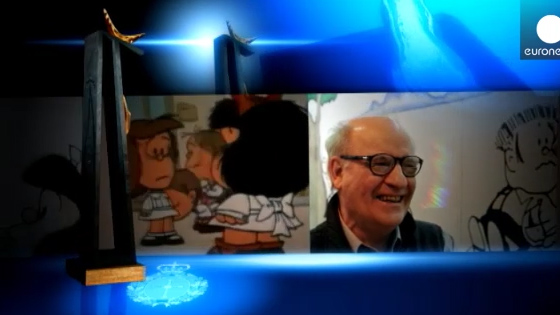 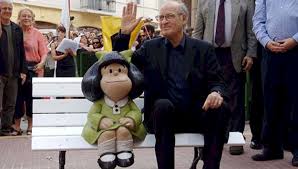