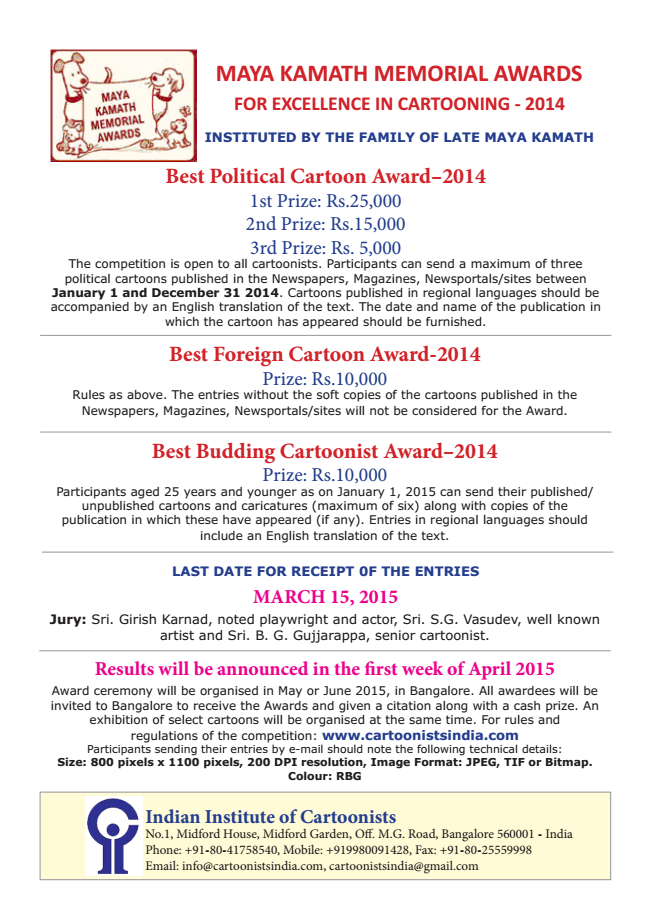 had received 91 entries from Indian Cartoonists for the Awards for Excellence in Political Cartooning, 44 for Best Budding Cartoonist Award and 53  for Best Foreign Cartoon Award. The Prizes will be distributed on 6th June 2015 at a special function at the cartoon gallery, Bangalore. An

exhibition of selected entries will be displayed on the same occasion. 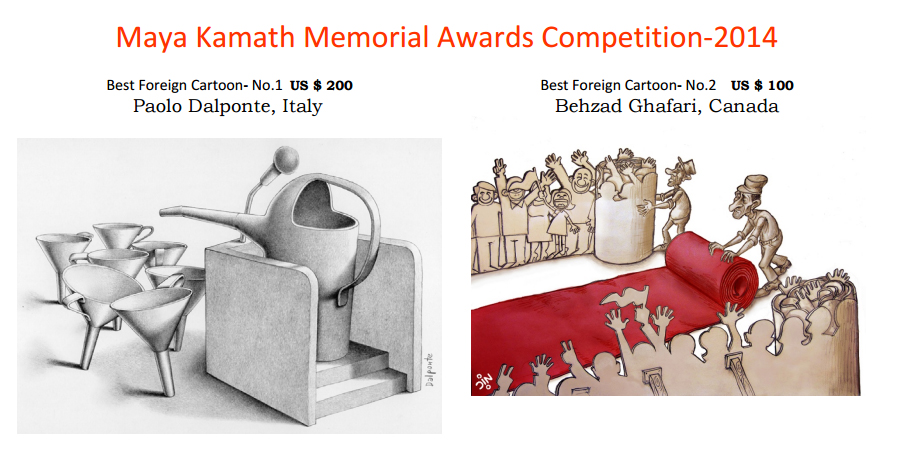