In an award ceremony were the Dresden Schauspielhaus, the winners of the German caricatures Prize 2015

this year's motto"We are a joke!" Honored:

The winner is the living end in Lübbenau Reiner Schwalme "tracked" with his caricature.

The second place goes to Miriam Wurster for their caricature "oracle",

the third place goes to Marunde for his work "Second Checkout".

the laudatory speeches on the winners held Tom Pauls.

The musical accompaniment was this year in the hands of a cappella band SLIXS. 218 artists from Germany,

Austria and Switzerland took part with a total of 976 works in the competition.

With "Welcome Cartoons" translated signatory this year, a sign in favor of asylum seekers.

The action could be terminated with an impressive result: 8,000 euros were donated.

The winners have been chosen! For the 16th time, endowed with 11,000 Euro prize was awarded German cartoons. 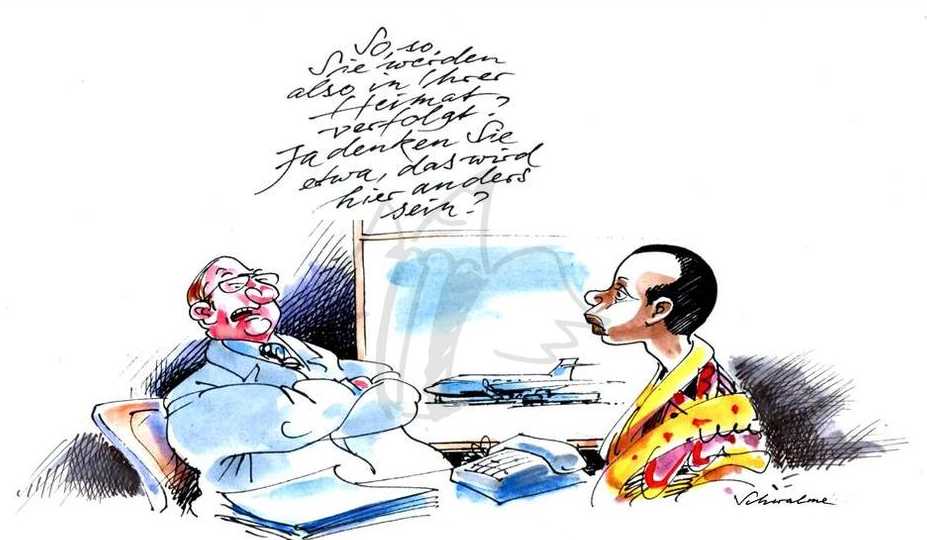 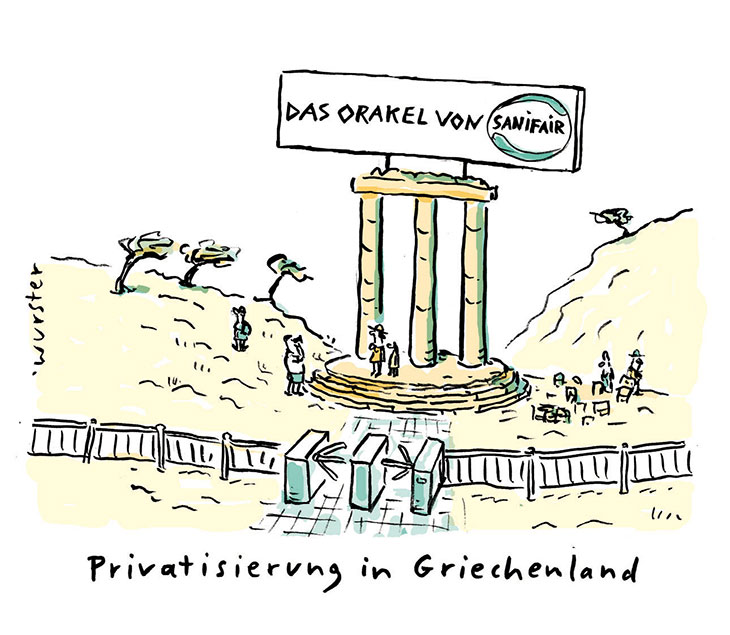 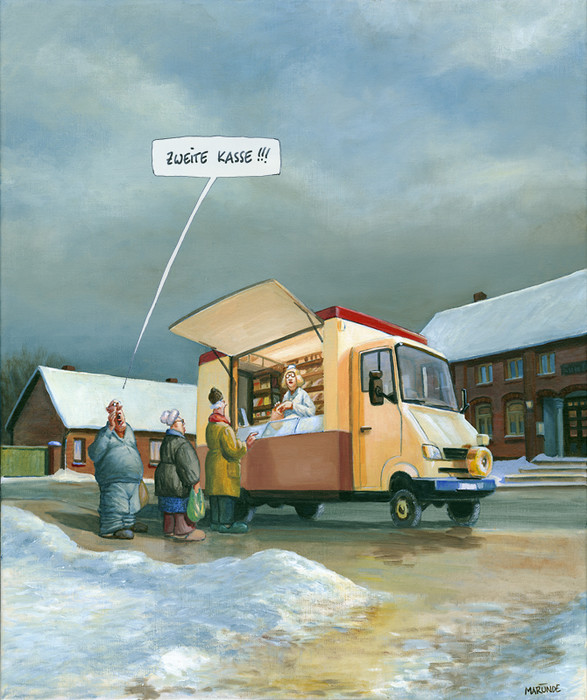